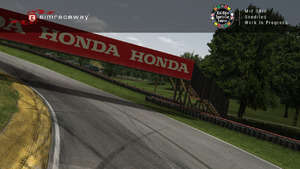 A review of Simraceway by Felix Cheng

Simraceway is an online racing simulation game with a growing following.

If you're one who loves race cars and driving simulation programs, then Simraceway is definitely a game that you'd want to check out. It is completely free to play and download and includes a list of big brand name cars which you can unlock. By unlocking a number of the free cars on offer, you will also get access to a number of race tracks which will become unlocked as the game progresses.

The game offers several different rewards which are realized with the money system which can be used to upgrade your cars or perform maintenance.

This game is a true race car simulator and it isn't easy to get started. Those who have played arcade-style race car games before shouldn't be too surprised when this game really proves to be more realistic.

Playing Simraceway is definitely fun, but is better experienced if you use a game pad and for those with the right equipment, a steering wheel and gas/brake pedals. If you're interested, the developer of this game also offers their own controller for sale on the Simraceway web site.

Overall, this game is top-notch and offers some amazing graphics, which aren't quite on the level of other racing games like Gran Turismo 5, but still stunning. This game has a huge online following and the game play can bring hours of free entertainment.

This download is licensed as freeware for the Windows (32-bit and 64-bit) operating system on a laptop or desktop PC from sports games without restrictions. Simraceway 28.64 is available to all software users as a free download for Windows 10 PCs but also without a hitch on Windows 7 and Windows 8.

Compatibility with this software may vary, but will generally run fine under Microsoft Windows 10, Windows 8, Windows 8.1, Windows 7, Windows Vista and Windows XP on either a 32-bit or 64-bit setup. A separate x64 version of Simraceway may be available from Ignite Games Technologies.